Construction of 3 windmills in Beringen, a milestone in the history of Gheys!

At the beginning of 2015, preparations started in Beringen for the application of the construction of 3 wind turbines, each with a capacity of 2,35 megawatts.

Such a building application is very complicated.  A lot of studies need to be done to determine the possible impact on the environment.  The most important environmental aspects related to wind turbines concern the following factors:

With regard to the cast shadow (this is the shadow of the rotating blades), any cast shadow on neighboring buildings should be taken into account.  This must remain below the applicable standard.  Each windmill is therefore equipped with a specific program that takes this into account depending on the position of the sun and the direction of the wind.

The following safety devices in the turbines ensure an optimum safety:

- an ice detection system that automatically shuts down the wind turbines in the
event of ice formation; In addition, we installed extra heating in the rotor blades
to keep any ice formation to a minimum.
- a lightning rod system.
- a redundant braking system
- an online control system where problems are immediately detected and reported
to a control unit.

The windmill supplies electricity as from a wind speed of 3m/second (weak wind). At wind speeds of 25m/second (heavy storm), the wind turbine will keep itself out of the wind to prevent possible damage.

Regarding the impact on the environment; the studies show that the construction of our windmills will not have any harmful effects on fauna, flora and water in the area.

At the beginning of 2020, we were finally able to start building the wind turbines.  After some delay as a result of the corona crisis, the mills were put into operation in September 2020.

- The axis height of the turbine is 99 meters;

- The turbines supply an amount of electricity per year that corresponds to the
electricity consumption of 3733 families.

- a saving of 3,1 million cubic meters of gas per year;

By building the wind turbines, Gheys is contributing to the achievement of the Flemish government’s target of obtaining 13% of the energy from renewable sources by the end of 2020.  A project we can be rightly proud of! 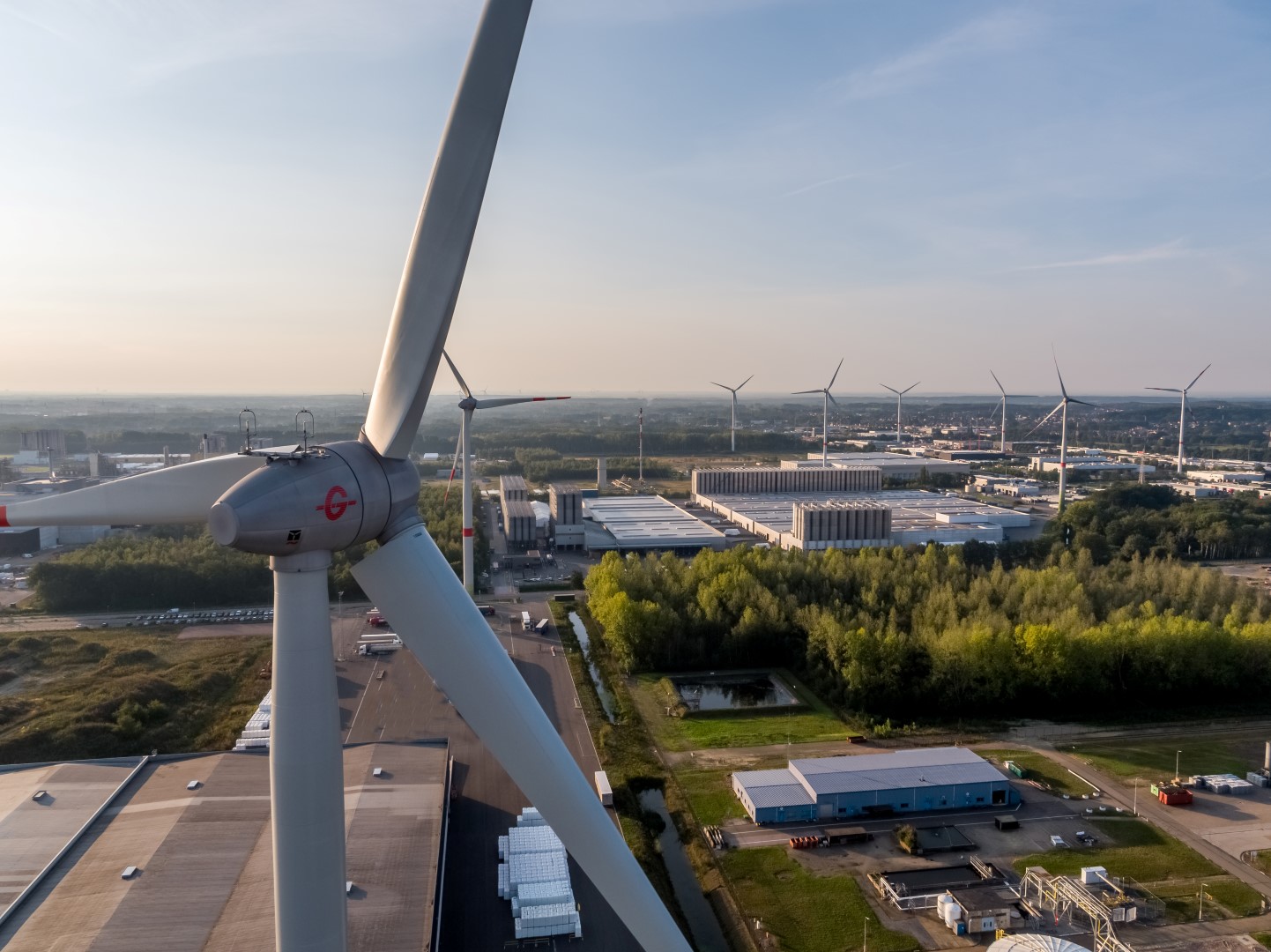